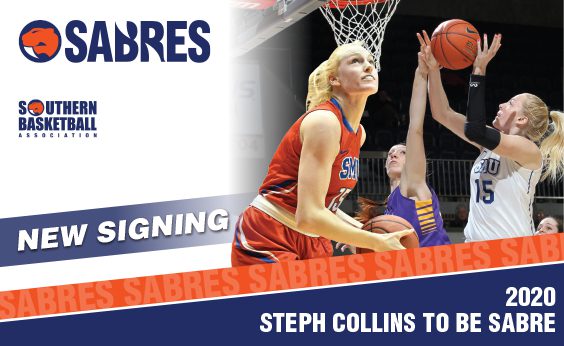 The Southern Sabres have made a huge move ahead of the 2020 NBL1 season, signing 6’5 Centre Stephanie Collins.

“I’m excited to be back where it all started for me,” Collins told Sabres media.

“I hope to bring to the club all experience that I’ve had since I left, enthusiasm and strong work ethic.”

The 23-year old began her basketball career right here in the SABREDOME as a Sabres junior, whilst also spending time at Bulleen and Melbourne. Collins stood out as a junior and was selected to represent Victoria at numerous national championships, before being offered a scholarship to Basketball Australia’s Centre of Excellence in 2012.

She also donned the green and gold in 2011 and 2012 at Under-16 and 17 tournaments. Her performances earned her a spot in the Opals squad in the lead up to the 2014 Women’s World Championships alongside Rachel Jarry.

Collins accepted a scholarship with Southern Methodist University, breaking a number of records in her four years with the Mustangs. She holds the SMU single-season record with 73 blocks and the single-game record of seven, and finished her career second all-time in rejections with 158.

After graduating in 2018, Collins played SEABL for Diamond Valley and most recently played with Keilor Thunder in the Big V Championship division.

“The club has a very good reputation in the league for both juniors and seniors girls and boys. It is a club that you’re proud to be associated with.”

“I’m super excited to be back at Sabres and look forward to seeing where the 2020 NBL1 season take us.”

Collins joins Rachel Jarry as the two confirmed signings for the 2020 NBL1 season. 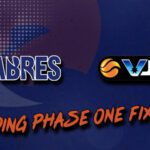 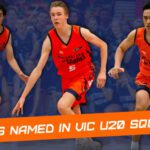 THREE SABRES TO REPRESENT VICTORIA AT U20 NATIONALS
Menu