The SBA are pleased to announce the re-signing of WNBL star Rachel Jarry for the 2019 Basketball Victoria Senior Elite League season.

Head Coach Andrew Potter made re-signing Jarry a major priority for the off-season and is excited for Rachel to once again be wearing orange. “It is great to have Rachel Jarry re-sign with Sabres.  She is fiercely competitive, which is also important to bring into the group to show what it means to play at this level and to improve.”

In the final 2018 SEABL season Jarry averaged 17.8 points, 8.8 rebound and close to 5 assists per game, leading the Sabres back to the playoffs for the first time in years. A bout of severe appendicitis on the eve of the playoffs meant Jarry missed the Sabres first round playoff exit against the Melbourne Tigers. Nevertheless, Jarry’s leadership was instrumental in helping the Sabres become feared once again.

Having represented Australia at the London Olympics and the 2014 World Championships in Turkey and won both WNBA and WNBL championships, Jarry brings a wealth of experience to the Sabres. “Her leadership and experience are both critical and of great benefit to a young and developing group. We can’t wait to have her start with us”, Coach Potter said.

Significant changes in the off-season have seen the South East Australian Basketball League dissolve. In it’s place Basketball Victoria have taken on the management of a new Victorian based league. The as yet untitled League – informally dubbed the “Basketball Victoria Senior Elite League” – incorporates many of the old Victorian SEABL teams, two teams from Tasmania, the Basketball Australia Centre of Excellence and Ringwood, Knox, Waverley and Eltham from the Big V.

With the pre-season now underway for both our senior Men’s and Women’s squads, stay tuned for more player signings as we count down to the regular season tip-off on the weekend of the 29th and 30th of March. 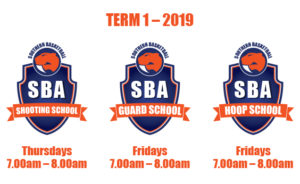