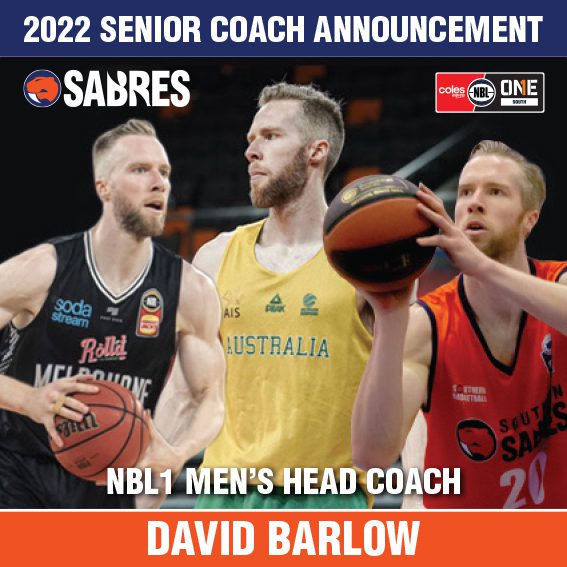 The SBA is excited to announce that former Sabres junior David Barlow will be coaching the Sandringham Sabres NBL1 Men in 2022!!

Barlow has a wealth of playing experience to bring to the NBL1 coaching role, having represented Australia across multiple Olympics and World Championships and a professional career that spans over 15 years across Europe and Australia.

Barlow is looking to transition into coaching once his playing career is finished and the SBA and beginning his coaching journey with the Sabres is a logical first step in that direction.

David is about to begin the 2021/22 NBL season with Melbourne United looking to defend their Championship title.

2012 Represented Australia at the London Olympics

2011 Named Captain of the Australian Boomers for series against China

2008 Represented Australia at the Beijing Olympics